When I came to Hong Kong in 2006 and was invited to celebrate birthdays, I was shocked at the style of parties and the sheer number of presents that the child received,” says Hong Kong Mom Karola Horvath Szovati. “When it was my son’s party, I invited all the same people and there were so many presents, including a lot of doubling up of gifts.”

Does this sound familiar?  We all want our children to enjoy their special day, but the excessiveness of gifts can be overwhelming.  Karola felt her children were getting the wrong message and decided to do something about it.  Simply asking for donations in lieu of gifts didn’t seem to work.  “There had to be a platform that made it seamless,” she says.  So, in 2012, Karola partnered with like-minded friend Shirin Staerkle and Twopresents was born. 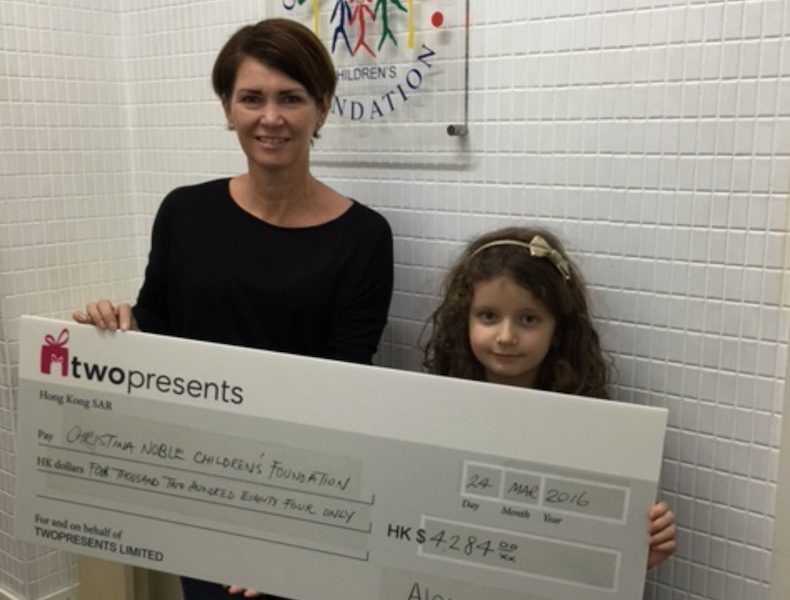 Twopresents is an online social enterprise that allows people to invite (send and manage invitations), collect (guests contribute to a chosen charity and gift) and share (the money is split and the donation delivered).  The organization supports 35 charities — including, Bring Me a Book, Box of Hope, HandsOn Hong Kong and OneSky — each chosen for its unique cause.  Since Twopresents’ inception, they’ve raised over HK $2.5 million.  “It has become a movement,” says Shirin. 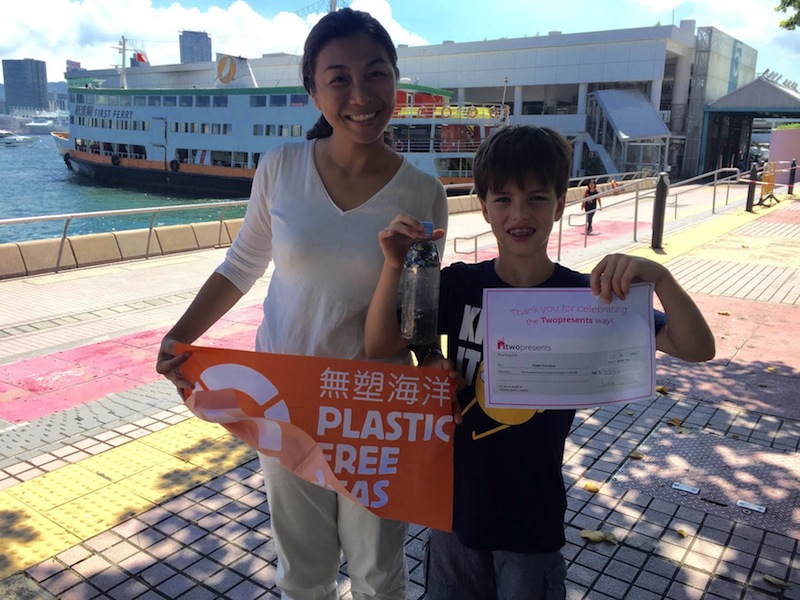 One of the biggest benefits is teaching children to give and opening their eyes to the needs of others.  “Overwhelmingly, parents take their children to visit the charity they’ve supported and present the check,” says Karola.  “It becomes real for them.”  Seeing, first hand, where their donations are going and the impact it has, makes a huge impression on kids — and starts the new tradition of giving every birthday.  “We hope Twopresents can play a tiny role in educating kids in being more responsible when they grow up,” she says. “It is a fantastic opportunity for people to do good.”   And the concept isn’t only about birthdays. “You can do it for other celebrations,” explains Shirin.  “Baby showers, Christmas — even a way for grandparents living far away to send something meaningful.”

What other ways can we get children to think philanthropically?  You don’t have to wait for a birthday.  Here, Karola and Shirin offer some tips for getting your kids to give:

Share what you have.   We always have books, clothes, toys to donate to charity (see Hong Kong Moms’ list on where to make donations). Or, sell them and donate the proceeds to charity.

Get involved locally.  A lot of charities have activities children can participate in like serving soup to the elderly, reading books, walking dogs, and cleaning the beach.  HandsOn Hong Kong is a great resource for volunteering ideas.

Take the opportunity while traveling.  When traveling in developing countries, show your children how people can live.  Some countries have charities you can visit and get involved.  Or use the days off to go on a philanthropic-focused mission like ICM’s Skip-A-Trips.

Browse the Twopresents charity directory.  Use it as a way to start the discussion with your children.  And see what interests them.

Allocate allowance.  Have two piggy banks — one for “save” and one for “give”.  Or try an app like iAllowance, that let’s you automatically set aside a percentage of your money for charity. 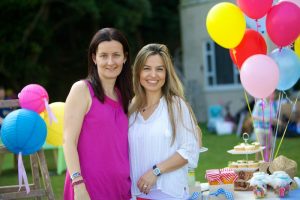 Karola Horvath Szovati, mother of two and co-founder of Twopresents, has lived in Hong Kong for eight years.  Prior to Twopresents, she worked in banking for ABN Amro and for International Finance Corporation/World Bank Group.

Shirin Staerkle, mother of two and co-founder of Twopresents, has lived in Hong Kong for 14 years.  Prior to that, she’s lived in Rome (her native city), Switzerland and London, where she worked in UBS Private Banking.