I arrived in Hong Kong in September 2010 with a two-and-a-half-year-old, a four-month-old, and over 30 pounds of baby weight still to lose. My husband started his new job. I started trying to figure out where to live, where to send my daughter to pre-school, how to meet people, and how to find a helper.

Before I even arrived, I had joined the American Women’s Association of Hong Kong (AWA). A few weeks later while reading AWAre magazine, I noticed the information about the dragon boat team. We had found an apartment in Stanley, and the team practiced in Stanley. It seemed like the right opportunity to meet people, lose baby weight, get back in shape, and do a true Hong Kong activity. 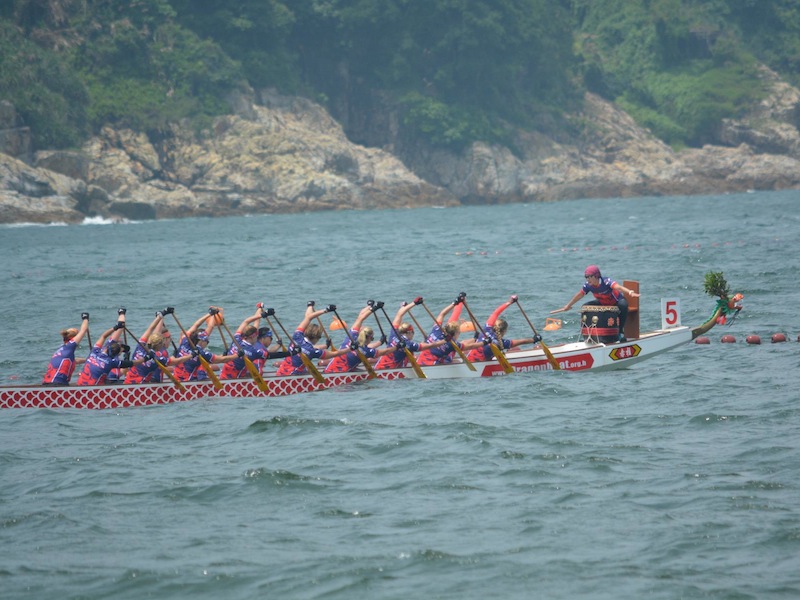 Dragon boat paddling technique is not an easy thing to learn. I struggled through my first practice. It had been months since I had exercised. I felt weak and out of shape. And despite thinking of myself as an athlete, I found learning how to paddle was a serious challenge. After practice I asked the coach how I did. I needed to get an idea of whether I could be good enough to be a strong member of the team. I was not so interested in making the time to pick up the hobby if I was not going to be good at it. “I’ve seen worse,” he said.

Thankfully, I did not let that backhanded compliment deter me. I continued to attend practices in the fall recruiting season, and I joined the AWA Globe Paddlers for the 2011 season. I found out a few years later that the team captain then was pretty sure I was not going to last the season. I was out of shape and busy with the kids. I was constantly complaining about exhaustion from night time wake-ups with the baby and evening crankiness from the toddler who had given up her nap with the move. But I am not a quitter. In fact, I am nothing if not determined. I knew I could be a strong paddler, and I set my mind to making it happen.

The season was tough. I was sore after every practice – my shoulders, my back, my abs, my legs. And I did not have the time to get to the gym or hike nearly as much as most of my teammates seemed to. But my paddling technique came together decently. And when it came time to race, I loved it. Those long days on the beach punctuated by intense sprints on the boat were a nice respite from my life as just wife and mother. I was doing something for me.

As part of a team of 24 women, I had made great friends. These were women from all over the world. They had interesting lives and experiences. They were athletes. They knew how to have fun. The AWA Globe Paddlers had a long history, but the team had collapsed a few years earlier, and this new team was only a couple years old. The women who had been on it since the beginning had never experienced winning a race. That year we won the Stanley International Ladies Cup. The elation, the surprise, the glory – not only did I find a life of my own through the team and the sport, but we won! 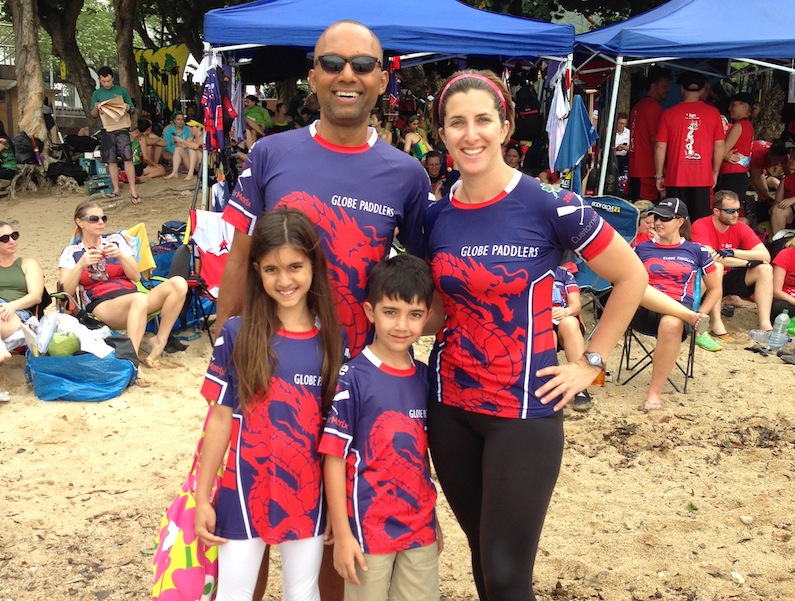 This is now my 6th season on the AWA Globe Paddlers. I had no idea 5 years ago that I would be here in Hong Kong for this long. And I certainly would not have guessed that I would still be on the team, much less as a team captain. My family loves to wear the team jerseys and come cheer for us at the races. My kids love to take pictures with the team trophies and tell their friends about how the team has done.

One of the best and worst things about this team is the turnover. We recruit to fill around half of the team every year. I get to meet a whole new group of women and make new friends every year. But I also have to say good-bye to many friends every year. The team dynamics change with different backgrounds and personalities. The paddling style changes with different strengths and weaknesses on the boat. But the camaraderie is always there. The love of being part of a team, of teaching new people a fun sport, of competing – those things never change. In addition to the great workouts and time together on the boat, I have spent countless hours with my teammates off the boat. Even as the people change, the friendships my family and I make through the dragon boat team fill our social calendar. From dinners and happy hours to family outings on junk boats, we have found an amazing community of people from all over the world. We are there to support each other through tough times, illnesses, childcare needs. And we are there to celebrate together for successes and milestones. 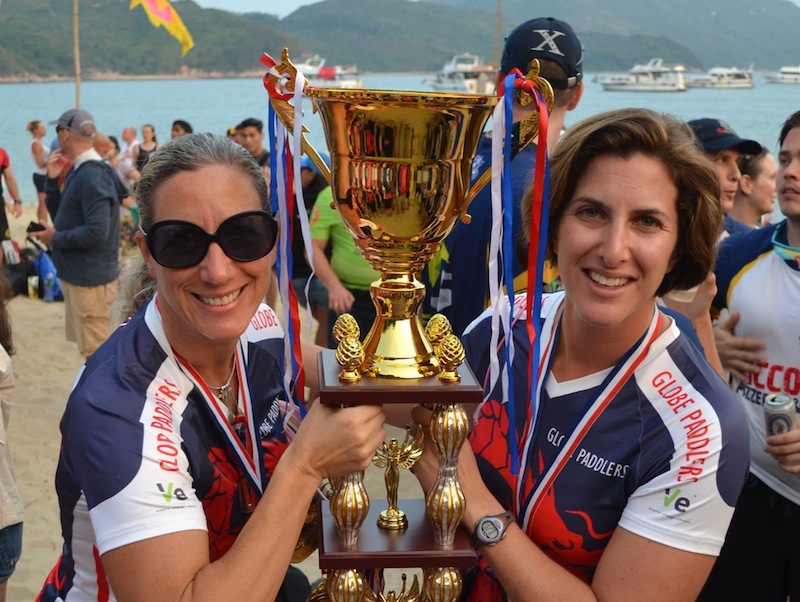 As we near the Tuen Ng holiday coming up on June 9, when the Globe Paddlers will once again compete in the Stanley International Dragon Boat Races, I realize how lucky I am to be a part of this Hong Kong tradition. My team has won the ladies cup in this race for the past 5 years. I don’t know yet if we will continue our winning streak. But I know for sure that it has been a fun season with an amazing group of women. And win or lose, I look forward to recruiting again in the fall to fill the seats of those who will be moving on after our season ends in June – and doing it all again.